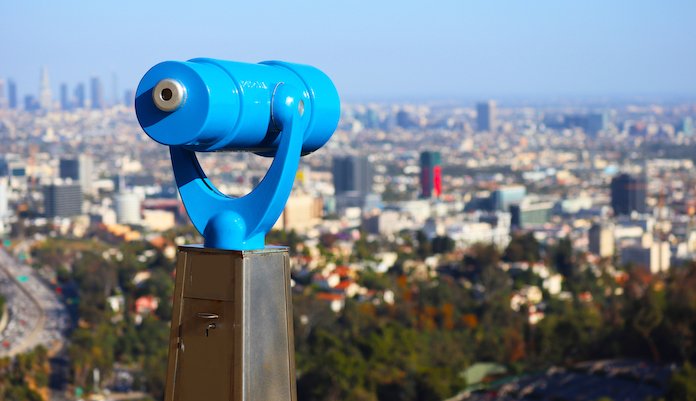 “Because it’s there and it’s ready.” That’s one compelling reason for holding the 2028 Olympics in Los Angeles, which not only hosted the games before but managed to do so with great success and a relatively low investment. From a commercial real estate perspective, the upcoming games aren’t the most transformative event facing L.A., nor Southern California as a whole. The region’s readiness for this range of events indicates where investors can anticipate wins and sidestep losses.

With some significant exceptions, Southern California’s population continues to grow despite the rising cost of housing, and a historically low unemployment rate. Strong demand for housing has been met with a flurry of multifamily projects. Los Angeles in 2018 led the state in new housing units in 2018, with San Diego coming in second.

Once a rarity in Southern California, high-rise living is enjoying sky-high popularity in L.A., with especially dense development near transit hubs due to a new city program that allows for such projects if developers earmark some space for affordable housing. Since the approval process is streamlined and doesn’t require public hearings, developers can deliver units faster to help relieve the city’s housing shortage — although the towers, by and large, are intended for the luxury market.

Unlike the rest of Southern California, L.A. is actually seeing a decrease in population and, on the list of the nation’s most populous counties losing people in 2018, Los Angeles County ranked fourth. The shrinking population underscores the need to address the housing shortage in a way that doesn’t exacerbate the affordability problem.

Also unlike the rest of the region, Orange County is experiencing waning population growth, and that trend is driving multifamily development downward.

Despite L.A.’s high land and building prices, it remains at or near the top of any credible list of American metros for real estate investment. The cost of living in L.A. and other parts of Southern California don’t seem so bad to tech businesses and workers who have been priced out of the Bay Area, where the median rent is just under $4,000 and a bunk bed in a “pod” community goes for $1,200 month.)

San Diego is an established biotech hub, ranking third in the U.S. The Inland Empire is undergoing an e-commerce makeover, as agricultural land gives way to sprawling distributions centers. The Inland Empire now stands alongside L.A. and Orange Country as a hotbed for industrial real estate, as all are close to the ports of Los Angles and Long Beach. A subset of the warehouse sector that’s gotten hot is cold storage, owing to the popularity of fresh food delivery services. For some industrial real estate, national trade policy could potentially have a chilling effect.

In It to Win It

Challenges notwithstanding, Southern California is a good bet for commercial real estate, and symbolizing its prospects are the plans and projects centered on sports. L.A.’s preparation for the Olympics will bring an influx of funding for commercial real estate, and the Summer Games aren’t the only way sports are driving development. Next year, L.A. Stadium opens in Inglewood for the NFL’s Rams and Chargers; an arena for the Clippers is also proposed for the Inglewood neighborhood. Larger than sports, the project reflects a trend toward stadium-anchored mixed-use districts that are work-live-play destinations year-round, as opposed to standalone stadiums. Since it was announced, the L.A. Stadium project has fueled real estate investment in Inglewood.

In a show of forward thinking, the new L.A. stadium will include a venue for esports, where spectators can watch professional gamers compete at videogames. Esports venues have been mildly called “the next phase” of L.A.’s sports growth, when in fact esports is an exploding multibillion-dollar industry that shows no signs of slowing down. Do esports players qualify as athletes? Apparently that’s up for debate, but inarguably, there’s big interest and big money in esports. The larger lesson as it pertains to drawing people and investors is this: Readiness for emerging trends and market changes is a must — or else it’s game over.