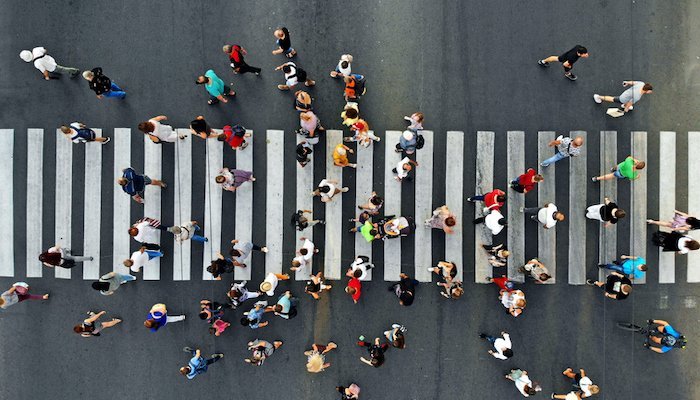 A shift in U.S. population demographics and the COVID-19 pandemic’s lingering impact are signaling key changes in the nation’s housing market.

Over the past decade, both single- and multifamily housing has undergone perceptible changes in terms of where and how people live, pointing to further transformation of America’s housing market this decade and beyond. More recently, the pandemic has abruptly, and perhaps permanently, created a potentially new blueprint for housing supply and demand.

One of the country’s more noticeable population shifts is the speed of the Sunbelt’s growth within a relatively short period, as it could foretell what lies ahead for housing in this region.

According to a Freddie Mac study released earlier this year, Southern and Western states grew seven times faster than states in the Northeast and Midwest between 2017 and 2019.

That study attributed the South’s population growth mostly due to domestic migration, with Texas, Florida and Georgia showing the largest population gains during this period. Texas’ population growth has benefited from a favorable climate and business-friendly governmental policies, attracting scores of major companies, employees, and job-seekers from coast to coast.

As for the Western states, a “natural increase”, or a higher number of births than deaths, was cited as the biggest factor in this region’s population gains, with Arizona, Washington and Nevada listed as the fastest-growing states.

Multifamily Market Heating Up in The Sunbelt

The multifamily sector in the South and West continues to heat up as more people desire to live in a sunnier climate. Dwindling supplies of single-family housing also have led to greater demand for multifamily units in this region and elsewhere.

Strong demand for multifamily housing in the Sunbelt is expected to continue for at least the rest of the year. According to Yardi Matrix, a provider of real estate research and data, year-end 2021 growth forecasts for the top 30 multifamily markets showed that seven Sunbelt states were in the top ten markets, with Phoenix and Tampa- St. Petersburg posting the biggest growth (8.7 percent and 6.6 percent, respectively).

The region’s sizzling pace of growth may come at a price, however. The steady influx of home-buyers and renters is putting pressure on the supply of available housing, resulting in the need to build more homes to meet swelling demand in addition to higher home prices due to shrinking inventory.

Recent housing construction data may reflect the challenges facing the housing market. Authorized residential building permits – an indicator for future construction — in June declined by 5.17 percent, or 1.598 million units, from the prior month, according to U.S. census data. The drop in building permits to an eight-month low has been blamed on rising prices for building material and land and the continued shortage of construction workers.

Further analysis of the country’s population statistics reveals other changes in housing markets.

The Freddie Mac study found that 60 percent of Metropolitan Statistical Areas (MSAs) are experiencing more growth in suburban areas than in cities. In 2019, suburban growth grew at an annual rate of about 0.7 percent, while cities grew at less than half of that amount (0.3 percent).

Some of the growth in suburbia has been tied to aging Millennials seeking home ownership and taking advantage of low mortgage rates. This dispels the widely held notion that Millennials, the country’s largest generation in decades, prefer to rent rather than own their homes and that urban locales are better suited to their lifestyle.

This housing trend has been partly driven by developers making it more appealing for this age group to transition to suburban life, such as building communities with plenty of urban-like amenities and creating more open and green spaces for pedestrian traffic.

The pandemic also has played a role in making suburban home ownership more attractive. Dubbed “The Great Reshuffling”, the viral outbreak prompted many younger urban-dwellers to flee to the suburbs for more space, particularly for those whose jobs let them work from home. A big drop in mortgage rates early on in the pandemic, a desire to be close to families and less-crowded areas are other factors that have helped fuel pandemic-induced migration to the suburbs.

The pandemic, however, didn’t negatively impact rental housing in the suburbs and many urban areas as an attractive investment asset.

After encountering a few rough spots during the pandemic, the multifamily sector has rebounded and should remain a strong performer in investor’s portfolios in the foreseeable future, especially those multifamily properties in high population growth areas.

A recent Freddie Mac report on the multifamily market came to the same conclusion, saying “the long-term fundamentals of multifamily housing are still on solid ground and demographics favoring rental housing point to sustained long-term demand.”              .