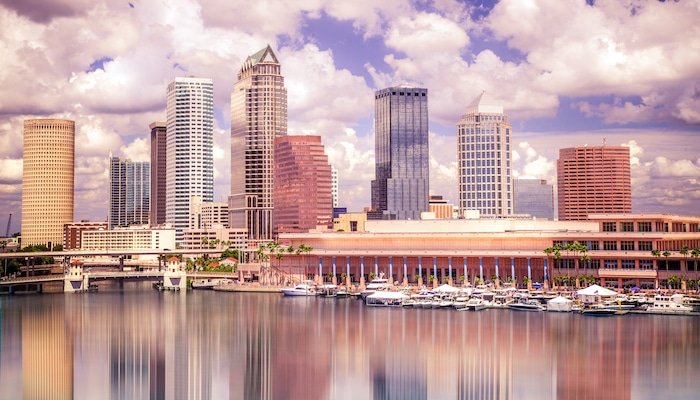 The Tampa Bay market is performing well across all sectors, and BBG is in the thick of the action. The firm added bandwidth for clients in this key strategic market with the Feb. 4 acquisition of Tampa-based Herr Valuation Advisors Inc. HVA is highly respected for its expertise in appraisals of various commercial property types across the state, particularly in West Central Florida. The deal marks BBG’s second acquisition in the past five months. In October 2019, BBG acquired New Jersey-based Izenberg Appraisal Associates Inc.

Florida as a whole is one of the fastest growing states, and Tampa is among the cities with the highest metro-to-metro migration. Most of the city’s newcomers moved from within the state, with Miami and Orlando sending a combined total of over 13,000. But  New York City was the single largest contributor to Tampa’s population growth, with nearly 9,500 people migrating there from the Big Apple.

The metro-to-metro migration report cited Tampa’s financial and insurance markets as draws. The region is also fertile ground for startups and tech companies. St. Petersburg’s Grow Smarter strategy continues to target high-skill, high-wage jobs in specific industries, with a focus on technology. St. Pete, once known as a retirement haven, has seen its median age decrease as a result.

Desirable jobs aren’t the only reason Tampa Bay’s population of 25- to 34-year-olds is growing. Tampa Bay is adding assets that appeal to young people including mixed-use developments with a live-work-play vibe, micro apartments, food halls, and a craft spirits scene. Downtown Tampa—once a ghost town at night—bustles with activity, and St. Pete’s downtown has transformed into a nightlife and arts hub.

The influx of people to the Tampa-St. Petersburg area drives demand for hospitals and healthcare facilities, office space, and apartments. Tampa Bay multifamily investment sales have ballooned in the past three years with no signs of deflating. Rent growth is high. Retail performance is fair despite high rents and e-commerce competition, with the restaurant sector growing alongside population and tourism. Tampa Bay tourism is also driving hotel development.

In Tampa, office vacancies are low, rents are high and development is brisk. The industrial sector is revving as well, with speculative properties leasing quickly.

The region’s economic momentum is forecast to continue throughout 2020, with Florida expected to create jobs at a higher rate than the U.S. average. Most CRE pros expect another strong year. In a survey of area architects, 93% said they expect the Tampa Bay development-related economy to be good or excellent.

BBG has identified Florida as a strategic growth area and plans to add more appraisers and expand market coverage in the state in the coming year.

← Rent Control: Demand is Spreading, But What About Policy? Seattle Gaining Cred as a Life Sciences Cluster →