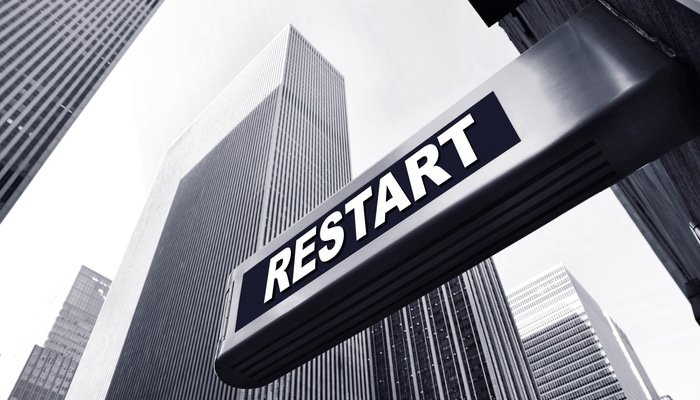 The Big Apple’s commercial real estate market is gradually regaining strength as the city bounces back from months of pandemic-driven economic misery.

Since the lifting of pandemic-related restrictions, the city’s office buildings, retail stores, restaurants, bars, hotels, theaters, and other commercial buildings have started to show signs of new activity.

Office buildings are slowly filling up with workers; retail shops, restaurants and bars are waiting on more customers; more tourists are booking hotel rooms; and some residents who escaped elsewhere during the lockdown phase are returning to their vacant homes. Even the city’s darkened theater district is turning on its lights again, kicking off its first major Broadway production in June featuring rocker Bruce Springsteen reprising his autobiographical hit show.

Pandemic-paused commercial development projects have commenced or soon plan to do so, while companies like tech giants Facebook and Apple announced plans to expand their presence in Manhattan.

The city’s real estate industry also is more optimistic about what the future holds for the city’s land deals. The Real Estate Board of New York’s real estate broker confidence index was at 6.66 out of 10 for the first quarter of 2021, more than a 50 percent increase since the end of last year.

Although the city is getting back on its feet, it could take years for it to fully recover from the ravages of the pandemic. And some of its commercial real estate sectors may never be the same again.

One sector, in particular, is the office building market. During the pandemic, many of the city’s office workers were told by their employers to work from home or other remote locations. The mass migration to home offices was made possible by Zoom and other video conferencing platforms.

As a result of the work-from-home experience, there may be less demand for office space than prior to the COVID-19 outbreak. Some of the city’s largest employers have acquiesced to this WFH trend while others are mulling over the idea.

The likelihood of fewer workers in the city’s office buildings could mean serious implications for the office market, businesses that depend on the health of this sector, and the city’s finances which depend heavily on commercial real estate for the city’s property tax revenues.

However, it’s difficult to determine whether significant numbers of New York City companies will actually close their offices or reduce office space in a post-pandemic world. For instance, music streaming service Spotify reportedly said it does not plan to reduce space at its Manhattan office for its 2,100 employees, though they are given the option to work remotely. Also, the city government required its office workers to return to their desks in May. That move might help convince other employers to do the same in order to speed the city’s revival.

The pandemic also has had a transformative impact on the city’s hospitality industry. With an estimated 20 percent of the city’s 700 hotels shuttered, some of the vacant hotels have been or in the process of being converted into affordable housing.

But for the hotels that survived the pandemic, the worst may be over. While occupancy rates are still sharply lower compared to those reported before the pandemic struck, it’s an encouraging sign that more tourists – who have received COVID-19 vaccinations – are booking the city’s hotel rooms for summer vacations. And to help attract more tourism business, the mayor signed an executive order suspending the city’s 5.87 percent occupancy tax from June to August.

There’s no disputing that the pandemic has had a calamitous impact on the city’s commercial real estate market and other businesses. But like other major economic upheavals, such as the 2008 financial crisis, a resilient New York City will undoubtedly thrive again in the aftermath of the COVID-19 crisis.