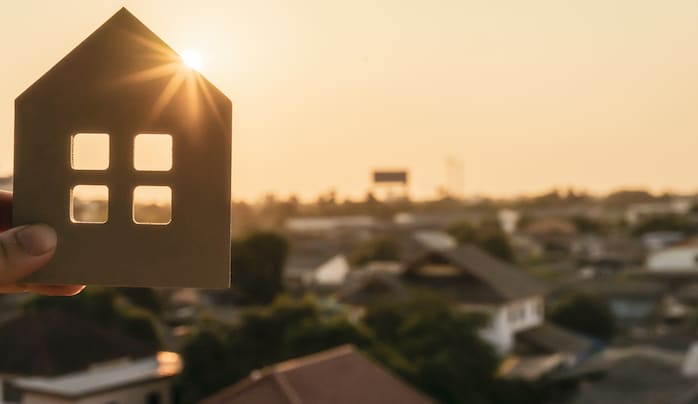 The proposed national infrastructure plan may give more hope to Americans who have been denied access to affordable housing due to limited supply.

In April, President Biden announced that a massive injection of federal aid is needed to help reverse a decades-long trend of shrinking affordable housing stock. The administration’s plan to spend $213 billion to fix various affordable housing issues is part of its proposed $2.3 trillion infrastructure and jobs package.

A key component of the infrastructure bill would permit cities to offer smaller residential lots and allow apartments– with less than six units – to be built next to a traditional single-family home.

The plan would also award tax credits and grants to local municipalities to change current zoning laws in order to benefit affordable housing developments. It’s designed to provide financial incentives that encourage local government officials to abolish or modify zoning laws that the Biden administration and others claim to have significantly contributed to economic and racial disparity in housing over the years. Repairing and upgrading public housing and providing funding for clean energy initiatives for underserved communities are also included in the plan.

Critics, however, view the infrastructure plan as too expensive to fund or too ambitious to properly execute. And the bill will undoubtedly undergo fierce scrutiny when the administration sends it to Congress, which is slated to occur later this year.

While opponents of the plan say it has too many drawbacks to win congressional approval, statistics clearly show that something must be done to make housing more affordable. According to one published report, one in four renters, or 11.2 million households, was severely burdened by rents that took up more than half of their incomes.  A National Low Income Housing Coalition study also found that only 26 affordable and available rental homes exist for every 100 extremely low-income renter households.

In the meantime, the Department of Housing and Urban Development (HUD) continues to work hard in helping ease the housing crunch by insuring loans for developments to house those low-income renters.

In recent years, HUD-insured lending activity for affordable housing has flourished due  to increased investment in the growing multifamily property market, an asset class that has outperformed other property segments throughout the pandemic.

Demand for HUD-insured loans also has been driven by the elimination last year of a rule requiring properties to be at least three years old before being eligible under the department’s program (applicable to both affordable and market rate product). In addition, HUD-insured lending has expanded due to more financial institutions offering these types of loans.

The availability of HUD loans for affordable housing came at a time when other funding sources had all but dried up in the midst of the pandemic. This further reinforced HUD’s reputation of being a counter-cyclical lending source by insuring these types of loans when they aren’t available from other lenders during periods of economic distress.

BBG is well-positioned to fully support HUD lenders in their move to bring more affordable housing to market. BBG has a well-established, and growing, HUD valuation and market analysis practice that has been serving the market for over 20 years Recently, BBG expanded its capabilities in this area with its acquisition of York, ME-based Mach-8, an environmental and engineering assessment firm specializing in HUD-insured MAP and LEAN assessment projects.

Adding this new service line to the firm’s bundled services will offer significant opportunities for BBG’s clients seeking to launch or expand their HUD-insured lending business.