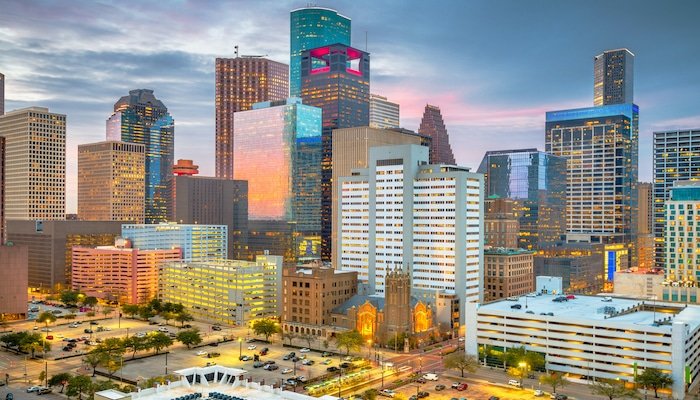 While the coronavirus is impacting virtually every U.S. city’s economy, Houston is grappling with a potential double-dose—an oil bust amid a pandemic. In the face of challenging times, construction continued to operate as an essential business throughout Harris County’s stay-at-home order, and some notable projects are in the works. Additionally, though the local economy will likely stumble into next year, some bright spots beckon on the horizon—including the long-anticipated redevelopment of Lower Westheimer.

A Lower Westheimer project currently under construction is one of several mixed-use developments to incorporate both office and retail space. Located between the Montrose and Midtown areas, the 13,200-square-foot, two-story project will feature restaurant and retail space on the first floor, with office and medical space above. Construction of the building is scheduled to be completed by the end of 2020.

Less than half a mile west, building is in progress on Montrose Collective, a $105 million mixed-use project that will include 100,000 square feet of office space and 50,000 square feet of retail space, as well as restaurants and a library. The project broke ground in February and is scheduled for completion in late 2021.

In the Houston Heights neighborhood, five adapted industrial buildings on 12 acres will comprise about 100,000 square feet of retail and restaurant space, 100,000 square feet of creative office space and four acres of green space for public use. The development is on track for completion in late summer or early fall 2020.

In Downtown Houston, a 670,000-square-foot development in a former post office, slated for completion in late 2020, will have restaurants, retail, creative workspace and a 210,000-square-foot rooftop park and farm. Future expansion plans include a concert venue and a hotel.

Office lease transactions have slowed but, notably, two office towers at Bunker Hill and I-10 just east of Memorial City are nearing completion. Part of the multiphase, mixed-use Village Towers development, Tower One is a six-story building with ground-floor retail space. As of late May, it was 91 percent leased. (A second tower is planned for the site and is scheduled for completion next spring.)

Downtown, on the former site of the Houston Chronicle, Texas Tower is on track for completion in October. Comprising 1.14 million square feet, the 47-story office tower will offer multiple restaurants, a conference facility, public gardens and an internal 11-level parking garage.

According to a Yardi Matrix report, developers are focusing more on building mid- and high-rise multifamily properties, “a trend that signals Houston’s transition to higher-density development.” An example is The Driscoll at River Oaks, a 30-story high-rise on track for completion in January. The complex includes ground-floor retail that will tie into the existing River Oaks Shopping Center. Pre-leasing is underway.

Incorporating multifamily into mixed-use developments shows a slow shift toward new urbanism in certain enclaves of Houston. A Rice University survey identified urbanism as one of the 10 things Houstonians care most about in 2020.

Houston has been seeking to diversify its economy by establishing a technology community. The Ion— “a building, a concept and a mindset,” according to Forbes”—is part of that effort. A collaboration between the city and Rice University, the Ion is intended to anchor an innovation district south of Midtown, centered around the old Sears building. It’s a roughly 300,000-square-foot entrepreneurial campus that will foster innovation in such fields as data science and digital technologies. Although Texas Monthly observed that the project does not appear to be on track to open as scheduled in 2021, the Houston Chronicle reported in May that construction continued even during the coronavirus lockdown.