Are Sports Stadiums a Losing Proposition for Cities? 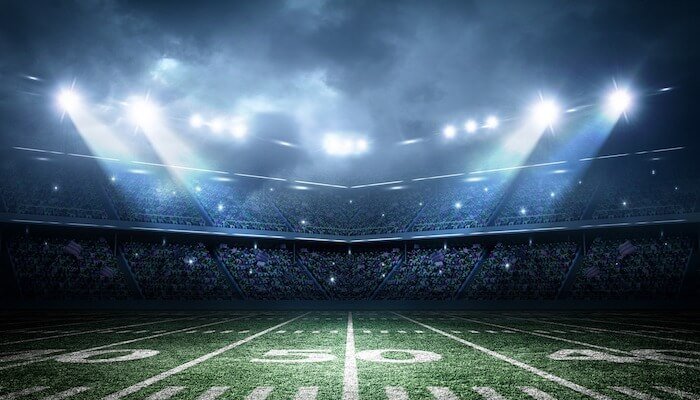 This much is clear: NFL “powers that be” understand supply-and-demand economics.

Today, U.S. cities are pitted against each other to attract or keep a limited supply of professional football franchises. As a result, many invest huge sums toward new stadium construction as the ultimate bargaining chip. But is the cost worth it?

Aside from major infrastructure, a new NFL stadium is invariably the most expensive project its host city will ever see. One game-changing stadium after another has been built in the past decade, raising the bar on stadium design to new heights.

The Atlanta Falcons’ new Mercedes-Benz Stadium, which cost upwards of $1.5 billion, is the most expensive structure in the city’s history. AT&T Stadium in Dallas cost $1.2 billion. The NFL stadium proposed for Las Vegas will cost an estimated $1.9 billion. And estimates for the new Los Angeles stadium are a staggering $2.6 billion.

But these behemoths could prove to be among the last of their kind as economic pressures and cultural shifts bring about changes in stadium design.

Financing stadiums, a highly specialized niche in the commercial real estate world, is fraught with controversy. There was a time when sports arenas were thought to stimulate the local economy by creating jobs and drawing tourists, but research over the past two decades has shown that, for host cities, the ROI on stadiums is negligible or even negative. The Brookings Institution, a nonprofit public policy organization, found that “regardless of whether the unit of analysis is a local neighborhood, a city, or an entire metropolitan area, the economic benefit of sports facilities are de minimus.”

Bond ratings can be affected by issues  such as the team’s performance, player strikes,  controversies and the prevalence of Chronic Traumatic Encephalopathy (CTE) among players.

The complexities of bond debt aside, even the most loyal sports fans have begun to wonder why taxpayers, not the NFL and its billionaire owners, should foot the bill for stadiums, seeing as how the public money invariably turns into private profit.

It’s true that sports facilities have helped with revitalization in some areas, and stadiums are a source of civic pride.

In any event, next-generation stadium design is bound to look different. Even the lead architect for the Mercedes-Benz Stadium thinks that the Falcons’ facility will be his crowning achievement in terms of sheer size and scale. Bill Johnson of 360 Architecture told Atlanta Magazine that stadium projects have gotten too ambitious and he expects we will “end up seeing smaller venues, with remote watching stations all over the city.”

It’s possible that, as internet distribution grows, attendance will shrink, leading to stadiums that are smaller but more luxurious throughout, offering ticketholders a sense of exclusivity. Another option, especially if public subsidies for stadiums continue, is that future facilities will be embedded among commercial and residential properties in multiuse developments, “with the sports team being like an anchor tenant in a shopping center,” says a Stanford economist.

Irrespective of the future stadium format, controversy over public funding for these facilities is likely to continue. As long as the NFL maintains the unwavering support of a gigantic fan base, football stadium subsidies are likely to continue. That said, controversies diminish fan support and may ultimately reduce the appetite for public funding of football stadiums.