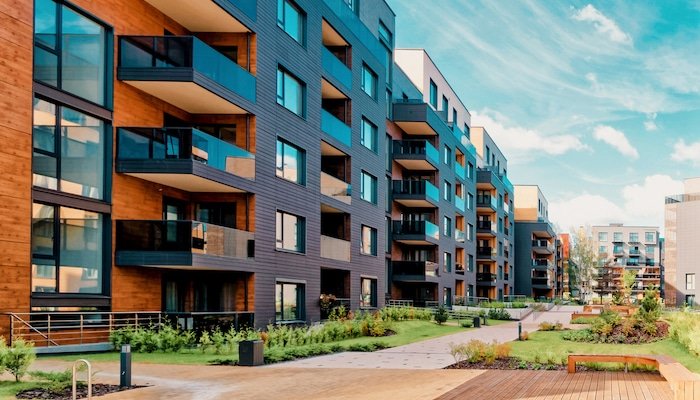 An alternate use for hotels that were negatively impacted by the COVID-19 pandemic is transformation into multifamily rental properties, a growing trend that could also significantly help ease the nation’s escalating affordable housing crunch.

The conversion of struggling hotels and motels into multifamily housing offers new affordable housing opportunities for those who are often shut out of areas because the price to buy or rent housing is beyond their financial capacity. This demographic includes young professionals, lower income households, homeless persons, and seniors living on fixed incomes. The conversions also can help those whose incomes plummeted as a result of pandemic’s impact on the economy.

Hotel conversions would particularly benefit those seeking Workforce Housing, defined as housing for households earning between 60and 120 percent of area median income. This group, which typically holds occupations such as police officers, firefighters, teachers, nurses, construction workers, etc., has an especially hard time finding housing that is close to employment and services that does not create a rent overburdened situation.  Most new affordable housing is built for households falling below the 60 percent AMI level whereas the 60to 120 percent AMI levels are more underserved with quality housing in many markets.

Repurposing hotel rooms into small apartments, typically between 300 and 500 square feet, would allow this segment of the population to live in a reasonably-priced home in areas closer to their work, potentially ending long daily commutes and reducing traffic.

Finding affordable housing has been a decisive social and economic issue in this country.  According to one published report, an estimated 37 million U.S. households were classified as “housing cost burdened” in 2019, spending 30 percent or more of their income on housing, while 17.6 million – one in 7 households- were “severely cost burdened”, spending half or more of their income on housing. This situation has only worsened as a result of the pandemic.

Those housing troubles could be considerably lessened by these conversions, as more underperforming hotel properties put up the “for sale” sign due to a sharp drop in business and tourism travel caused by the pandemic.

According to hospitality analytics firm STR, the U.S. hotel occupancy rate in February fell 26.6 percent year-over-year to 45.3 percent, a slight improvement from the 39.3 percent occupancy rate in January, reportedly the worst month in COVID-19 deaths.

While there has been a rebound in leisure travel in recent months, spurred, in part, by the increasing vaccination rollout, it could take anywhere from two to three years before business travel attains pre-pandemic levels.

Even after the pandemic ends, the hotel industry still has to contend with a glut of rooms that were built during the past decade.  For those hotel owners who can’t hold out for occupancy rates to return to pre-pandemic days or can’t afford to make necessary upgrades, it makes sense to sell the properties for multifamily use rather than wait it out and risk further declines in a hotel’s value or even closure.

As a result of the hotel industry’s predicament, developers are snapping up financially distressed hotel and motels as a cheaper alternative to building multifamily units from the ground up.  Workforce housing and affordable rental development projects can be cost prohibitive to build because of high-priced land, restrictive zoning and building codes and other factors, particularly in major urban hubs like San Francisco, New York, Chicago, Houston and Seattle.For instance, building a new multifamily development in a metropolitan area could cost between $150,000 and $200,000 per unit, compared with between $60,000 and $70,000 per unit for a conversion. The lower conversion price results in the ability to offer more affordable rents to the households living in the units, once completed.

The majority of BBG’s clients are converting hotels located in areas that are easily accessible to and from major roads and highways, rail and bus lines.They are perfectly suited to be converted into studio or one-bedroom units and typically have adequate parking, pool, fitness center, and other amenities that are commonplace in multifamily developments.

BBG’s involvement in hotel conversions transactions extends across the country. For example, the firm has been working with a developer to convert mostly limited-service and aging hotels into Class C workforce housing in Phoenix, and plans call for similar area projects. Other projects include converting two California hotels into housing for the chronic homeless, a San Antonio low-density hotel development into multifamily units, and two Charlotte, NC hotels converting into a temporary housing development and an apartment complex.

It’s prudent for those planning a conversion to hire a commercial valuation and assessment firm with sufficient expertise in these projects to avoid various challenges getting these projects off the ground, such as determining the feasibility of a hotel conversion and successfully navigating a complicated maze of stringent zoning, building codes and other requirements.

BBG can assist property owners, developers and others in all phases of these conversions, including appraisals, market feasibility, environmental assessment, zoning analysis, and other services that are required for these types of projects. BBG also has appraisers specializing in hotel and multifamily properties, including affordable housing, available to help clients address specific issues related to hotel-to-multifamily conversions.