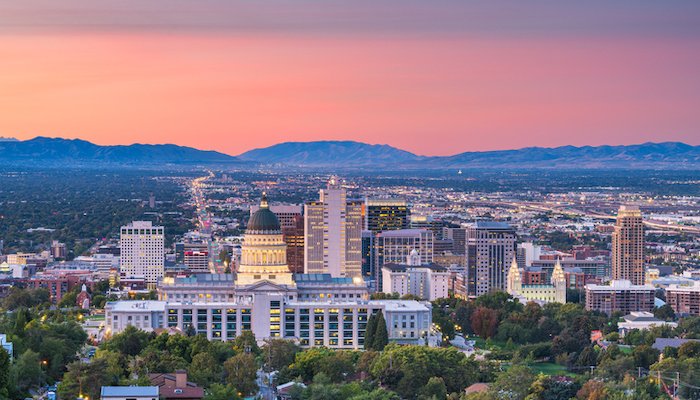 Construction cranes and hard-hat work crews are a common sight in downtown Salt Lake City, where dozens of commercial and residential real estate projects are underway or in the planning stages.

Salt Lake City also has scored high in terms of appeal. Salt Lake City recently ranked #3 in a Milken Institute Report of Best-Performing Cities in the U.S. The entire state of Utah fared well in the Milken Report. Provo-Orem, Utah was the top-ranked large urban area supported by high-tech industry, strong employment momentum and population growth. Logan, Utah was selected as the No. 1 small city due to its high-tech medical manufacturing, universities and aerospace companies.

So what makes Salt Lake City an attractive place to work and live?

Numerous reports attribute its appeal to affordability compared to other Western hotspots like California and Colorado. Other reasons include Salt Lake City’s proximity to many outdoor activities, a reasonable cost of living, good schools, and a growing tech center (one survey ranked Salt Lake City 25th among the 50 largest tech markets for talent).

Salt Lake City is also becoming a place where young people want to put down stakes. According to one industry report, the population of those between the ages of 23 and 38 increased by 11.6 percent (more than 50,000 people) since 2014, making Salt Lake City the eighth-most concentrated millennial market.

In the city’s downtown, new construction and renovations are quickly adding to the skyline. And if Dee Brewer, director of the city’s Downtown Alliance, has it her way, the city’s downtown urban core will one day be buzzing with activity day and night. “We want to create an 18-hour downtown,” Ms. Brewer proclaimed in an article about the revitalization of the city’s urban area.