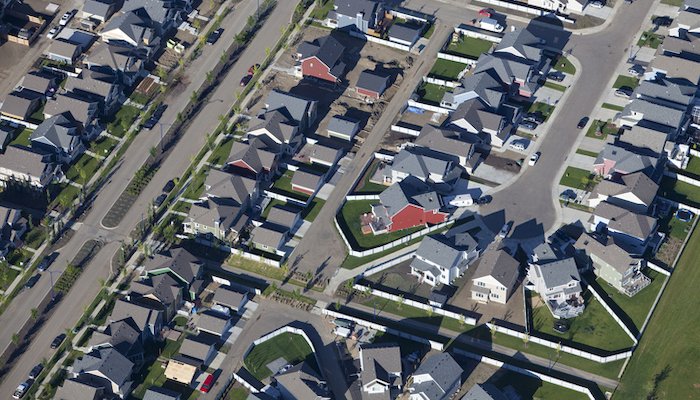 The reason is simple: Escalating prices for a shrinking inventory of owner-occupied, single-family homes have put them out of financial reach for many would-be homebuyers. Significant challenges include increasing prices, steep down-payments and stricter eligibility for a mortgage, bidding wars, and a lack of desirable homes in certain geographical areas, among other factors.

This situation is further exacerbated by the pandemic that has driven many from higher-density urban living to homes in lower density  suburban areas, resulting in increasing competition for the limited  supply of single-family homes.

Younger Americans are clearly a minority when it comes to homeownership. According to industry statistics, about two-thirds of Americans own their homes, but that figure drops for younger house-hunters, as only one-third of those homeowners are under the age of 30.

To help remedy this situation, developers have been aggressively building single-family homes and townhomes for rent known as Build-for-Rent properties. Many of these communities also also offer amenities and other services that are typically provided by traditional multifamily rental properties.

This trend has become an increasingly attractive option for those who can’t qualify for a mortgage, want to downsize but not live in an apartment, seek a maintenance-free environment with varied amenities, or simply prefer to rent rather than own.

BFR communities gained momentum after the 2008 financial crisis, as Real Estate Investment Trusts (REITs) and other investors snapped up scattered foreclosed properties and converted them into rental properties. Since then, the BFR model has gained wider acceptance among both single-family home buyers and apartment renters. This has led to developers building more contiguous BFR communities across the country, though most of these developments are found in sunny suburban submarkets primarily because of the country’s population shift to the Sun Belt states, which tend to have lower land and building costs.

Arizona, Texas, and Florida are the Sun Belt states where BFR single-family homes are popping up at a rapid clip. For example, more than 4,200 BFR houses were estimated to be delivered in the metro Phoenix area in 2021, following nearly 4,000 units built in the prior year. And more than 9,000 BFR units were expected to be delivered in 2021 in Dallas/Fort Worth, Houston, and Austin, and central Florida combined.

According to property management software provider Yardi Systems, most of the highest-ranking BFR communities, in terms of sales volume since 2015, are located in Phoenix ($762.9 million); West Palm Beach, Fla. ($180.8 million); Austin ($141.9 million); and Tucson, ($115 million).

Typical BFR renters bear similarities to many of their homeowner counterparts. They are affluent (average annual household income of $100,000+), college-educated, most are between their mid-20s and mid-50s, nearly half are married, more than half own pets, and they hold occupations similar to homeowners. The average BFR home is occupied by 3.2 people per household, and between 60 percent and 70 percent of traditional-style detached BFR homes are occupied by families with children.

The popularity of BFR homes is reflected in this property type’s rent growth. According to data research firm CoreLogic, average single-family rent growth grew by 7.6 percent in 2021, nearly triple the 2.6 percent growth rate in 2020, spurred by a low vacancy rate and robust employment growth.

However, it should be noted that the growth in the BFR market mirrors record price increases in the for-sale housing market during this same period. BFR homes can be cheaper than owning a home because tenants don’t have worry about property maintenance, buying major appliances, and other expenses that are common with homeownership.

Surging demand for BFR single-family homes has drawn heavy investment from funds and others seeking new opportunities in this property type. In recent years, companies have invested billions of dollars in BFR projects, a trend that is expected to continue in the foreseeable future. Investors like returns on BFR communities because of more favorable and quicker returns than selling single-family owned homes.

During the third quarter of 2021, more than 18 percent of single-family rental homes were purchased by an institution or business, the highest rate in more than two decades, according to an industry report.

BBG can assist those seeking to find new investment opportunities in the booming BFR market. BBG’s highly trained team of valuation and assessment professionals, national presence and cutting edge technology will provide the best results in overcoming the complex challenges in financing BFR deals. Call BBG today to get an objective, timely and supported analysis of your community’s  valuation or physical needs assessment.