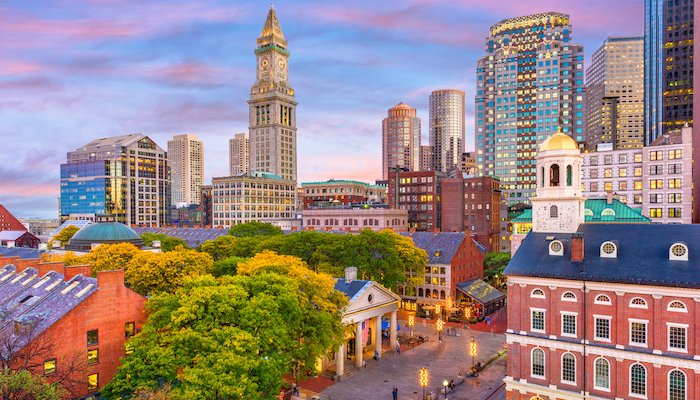 Beantown is a boomtown.

Greater Boston is undergoing another wave of building activity that is rapidly modernizing this historic place. Throughout the metro area, mega-real estate projects have been plentiful, and more are on the way.

In the commercial market, building activity is vigorous. According to Boston Planning and Development Agency data, about 6.0 million-square-feet in commercial space was approved in 2020, the city’s second-highest number of non-residential projects since 2014. Many area residential projects also are underway or in the planning stage, with some of these units designated as much-needed affordable housing.

Of those industries, life sciences and technology companies are cited as the biggest drivers of Boston metro’s office market activity. They led a rebound in office leasing last year, which played a big role in the Boston-area office market recovering faster from the pandemic’s impact than other major U.S. cities. There is reported to be over 25 million square feet of lab development (both ground-up and conversions), currently in the pipeline for greater Boston and the suburbs over the next five years. East Cambridge in particular has some of the lowest vacancy and highest rents in the country for life science space with rents now north of $120 SF NNN and transactions well over $2,000 SF. It’s unclear how much of this planned new supply will become reality, however, as the unprecedented rent growth should logically stabilize to more normal levels as continued supply enters the market and tenants have more options.

The meteoric growth of these industries in Boston is attributed to massive investment activity, a heavy concentration of life sciences researchers and top-rated academic facilities including Harvard and MIT both located in Cambridge, and access to a highly educated workforce. Greater Boston’s reputation as a major life sciences and tech center led one industry report to proclaim Cambridge’s Kendall Square as “the most innovative square mile on the planet.”

To satisfy demand, developers have been rushing to convert more offices into labs with most planned ground-up office deals also now pivoting to lab projects. The move is driven by a dearth of financing for speculative office projects and more investor interest in speculative lab projects.

As a result of rental rates in East Cambridge effectively doubling over the last five years, new lab clusters have emerged in the Seaport, South Boston, Watertown and Waltham areas due to their more affordable price points.  Bio manufacturing is also an emerging trend as the local life science corporations look to bring intellectual property (IP) in-house and locate manufacturing capabilities near their offices.

Here is a rundown of some major Boston-area real estate projects:

These projects and others underway are reshaping greater Boston and will strengthen this market’s economic prospects well into the future.