Big Changes Ahead for the City of Big Shoulders: Chicago CRE Overview 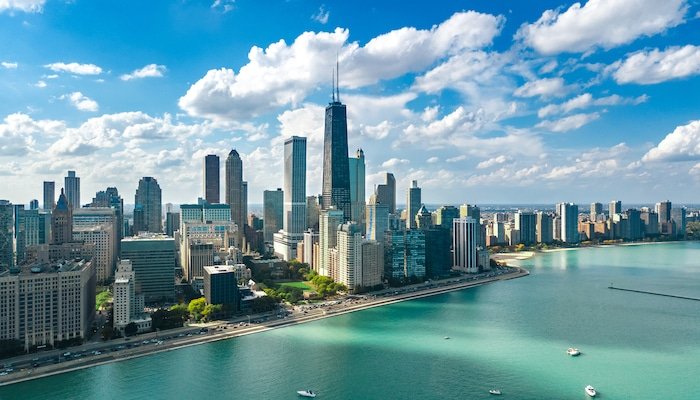 The legendary Chicago architect and urban planner Daniel Burnham urged, “Make no little plans; they have no magic to stir men’s blood.” An ever-changing creation of big planners, Chicago has plenty of big changes ahead. Commercial real estate development and trends are driving many of these changes.

The New and the Renewed

Expected to take two decades and more than $5 billion to complete, a massive 62-acre development known as The 78 will transform the vacant riverfront parcel between the South Loop and Chinatown into a new mixed-use neighborhood. The 78 is one of the largest single developments in Chicago’s history. In fact, the project got its name because the city has 77 recognized neighborhoods and the development is so large that it will increase that tally by one. Calling 2019 “the year of the megadevelopment,” the Chicago Tribune described six sites, including The 78, that could potentially “alter Chicago’s skyline forever.”

Other recent and planned developments “have renewed several near-downtown commercial districts in a somewhat surprising way,” says Michael Broadfoot, MAI, CCIM, a director at BBG’s Chicago office. He singles out the Old Post Office as a striking example. Long vacant, the 2.8 million-square-foot building is being redeveloped into offices at a cost of at least $800 million and will soon teem with 3,000-plus workers.

A Town for Techies

“Chicago is a big inbound market for tech companies,” Broadfoot says. Unlike Silicon Valley, however, there is no single, dedicated district for tech firms. Instead, tech hubs have sprung up in multiple neighborhoods. The previously mentioned 78 will include the Discovery Partners Institute, a University of Illinois-backed innovation center and technology incubator.

The West Loop, once full of warehouses and manufacturing operations, continues to lure tech companies. The wide-open warehouse spaces appeal to the tech set. So, too, do revamped older buildings in the Central Loop, which had been losing large tenants. Small, scrappy ventures have become the office submarket’s lifeline, according to Chicago Business, which dubs the Central Loop “Chicago’s hot startup turf.”

Farther afield, developers hope to lure tech and creative firms to West Humboldt Park, as rents continue to rise elsewhere. A $50 million cluster of three old warehouses will be transformed into a creative office campus called Humboldt Lit, a moniker that plays off the site’s history as a lighting and electrical manufacturing facility.

Office investment in general “continues to be robust downtown from U.S. and non-U.S. investors despite reports of declining population and Illinois’ state pension issues,” Broadfoot notes.

A variety of residential trends indicate a robust local economy. Suburban sprawl is fueling the emergence of Northeast Illinois, Southwest Wisconsin, and Northeast Indiana as a “megatropolis.” Meanwhile, in the city proper, converting condominiums into apartments—a bulk-sale practice known as deconversion—is a growing trend due to skyrocketing apartment values. Under existing Illinois law, 75% of ownership in a condo association must approve the sale; in Chicago, a proposed ordinance would raise the requirement to 85%. Deluxe condo costs are also on the rise, as evidenced by the $7 million price tag for the choicest Tribune Tower units.

“The next five to eight years will be an unprecedented time for Chicago with a new mayor and some multibillion-dollar projects moving forward,” Broadfoot says. “These projects will have an everlasting change on the Chicago area, its way of life, and its standing on the national and international stage.”

← A Matter of Opportunity: Healthcare and Retail Sectors Both Benefit from “Medtail” The Food and Beverage Industry is Buoying the Retail Sector →