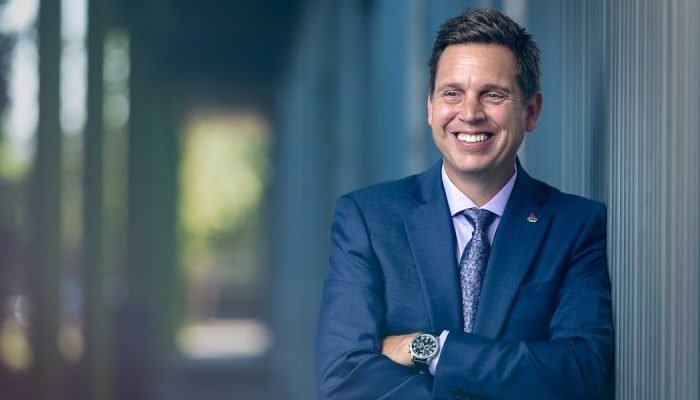 BBG’s Rodman Schley, MAI, SRA, is a man of many achievements. Since 2016, Schley has served in his current position as senior managing director for BBG in the Denver office. Schley wrote the book “Finding Your Fortune in Repossessed Real Estate” and is the creator and host of the national television show “Urban Conversion” about living sustainably in urban settings. He received an Appraisal Institute award for his contribution to the advancement of the high ideals of the real estate appraisal profession.

Now, Schley has another feather in his cap. The Appraisal Institute has elected Schley as its national president, effective Jan. 1, 2021.

The Appraisal Institute, the nation’s largest professional association of real estate appraisers, elected Schley to a four-year term that began in 2019 when he served national vice president. He served as president-elect for 2020, is president for 2021 and  in 2022 he will serve as immediate past president. He has also held other key roles within the organization.

The institute said its officers and board of directors will focus on several areas in 2021 including advocating on behalf of all appraisers, increasing diversity and inclusion in the organization and throughout the valuation profession, and expanding the institute’s body of knowledge.

BBG CEO Chris Roach, MAI, said Schley is well-qualified to help the institute meet its goals. “We are extremely proud of Rodman, who has selflessly devoted his expertise, time, and energy to help make the Appraisal Institute a successful and growing organization,” he said. “His demonstrated strong leadership will serve to greatly benefit the institute’s membership and the industry as a whole.”

As for Schley, he is enthusiastic about helping the institute meet its stated goals in his newly elected position. “It’s a tremendous honor to be given this opportunity to play a critical role in advancing the Appraisal Institute’s initiatives,” he said. “I am very much looking forward to working closely with the organization’s members and others associated with the valuation industry to meet the ongoing challenges facing our industry.”

Prior to joining BBG, Mr. Schley was the founder and president of Denver-based Commercial Valuation Consultants, Inc. (CVC), a full-service commercial real estate firm, which BBG acquired in 2016. BBG ranks among the largest U.S. due diligence commercial real estate firms, with 38 offices nationwide. Roach said at the time: “Rodman and his team have built a firm with a reputation for professional integrity, customer service, and cutting-edge technology. They also share our vision of creating a national independent valuation provider. Through this partnership, we have taken a large step toward achieving that goal. We couldn’t be more excited about CVC joining BBG, as this represents a big move for us. CVC gives the depth and expertise to continue to serve our clients on a larger scale in the West. With four offices nationwide and headquartered in Denver—one of the hottest markets in the country—CVC adds depth in all of the right places.”

← CDC’s Eviction Moratorium Harms Housing Providers While Kicking the Can Down the Road CRE Due Diligence: The Benefits of Bundling Third-Party Reports →