Austin Among the Nation’s Top Cities for Office Investment 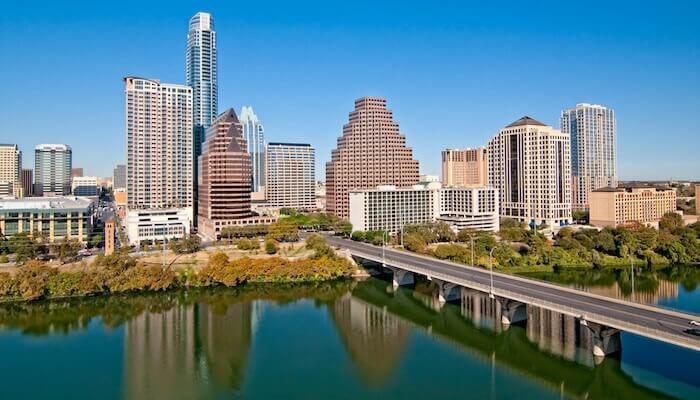 Exciting things are afoot in the Texas capital, not the least of which is BBG’s September acquisition of Austin-based CRE valuation and advisory firm HCP Advisors—a move that creates one of Austin’s largest valuation teams. Austin is one of the most dynamic real estate markets in the country, driven by a diverse economy, desirable business hub, and appealing quality of life. Tech jobs are proliferating in Austin at a much faster rate than the national average.

Austin continues to draw large numbers of companies. The influx is fueling demand for office space and landed Austin on COMMERCIAL Café’s list of the six best U.S. markets for office investment, compiled at the start of the year. As predicted, the sector has performed exceptionally well in 2018, with seemingly no end in sight for demand for space. As high-end space is especially coveted, we expect construction to continue at a rapid clip. Austin’s central business district continues to magnetize notable employers, while at the same time, its suburban market is wooing companies. A far northwest part of the city that for 20 years has aspired to be Austin’s second downtown has earned this distinction in the past year with rapid development and ambitious plans including two more office towers and a proposal for a Major League Soccer stadium. Rents there now rival the CDB’s. The clamor for space has gotten downright competitive.

Along with high-end office space, Austin has seen a surge in high-end multifamily construction. When it comes to total share of high-end apartment buildings, Austin ranks second in the nation, behind Charlotte, North Carolina, according to a RentCafé study. A whopping 88 percent of Austin’s new large-scale apartment buildings are classified as luxury. This trend coincides with an affordable housing shortage that is reaching crisis levels: The city will need 60,000 new housing units for low-income families, plus another 75,000 market-rate units to meet its housing needs in the next decade, according to Austin’s Strategic Housing Blueprint. Of course, a worsening affordable housing shortage is hardly unique to Austin.

Still, rapid development and population growth sometimes bring to light a city’s weak spots, and in Austin, traffic congestion is already among the nation’s worst. The transportation infrastructure’s inadequacies make it challenging for the city to accommodate the continued growth.

Even with these infrastructure challenges, Austin for the foreseeable future is a safe bet for investing in commercial real estate in general and office space in particular.

← Multifamily Trends from Coast to Coast, with a Focus on Five Markets CRE Forecast for 2019: Strong Fundamentals Will Support Continued Growth →