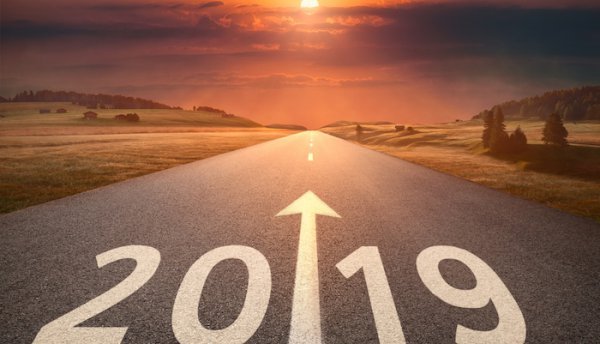 For BBG, December is a time to reflect over the past year and look forward to what 2019 has in store for our industry.

Challenges may lie ahead for the commercial real estate industry, with an economic slowdown expected by the end of 2019. In the meantime, continued economic growth and job gains will fuel real estate demand and absorption in robust and up-and-coming markets.

Nationwide, office demand will generally stay strong due to job growth, with vacancy rates remaining relatively low. Suburban office sectors and central business districts will both see development around the idea that people like mixed-use areas that shorten the distance between work and home. While nothing can compare to the excitement around Amazon’s recent HQ2 decision, we may see some notable corporate relocations as cities dangle incentives and invest in amenities that draw and retain a desirable workforce.

The industrial sector is also expected to continue its upward trajectory in 2019. E-commerce and faster deliveries are key drivers, giving rise to an investor trend of buying portfolios of small urban warehouse stock for use as last-mile distribution centers. Industrial sector rental rate growth will sustain momentum through 2019 and beyond, with a slowdown not expected for another two to three years.

The multifamily sector’s current health will hold steady due to strong market fundamentals in most areas. Some areas are headed toward a glut of luxury multifamily developments. The concern in many cities about the dearth of affordable housing will continue.

There are several markets to keep on an eye on in 2019. We’ll single out Dallas-Fort Worth—and not just because BBG is headquartered in Big D. Dallas-Fort Worth outpaces other U.S. metropolitan areas for property investment and construction, and tops the list of cities that real estate industry pros say will be best for their business in 2019, according to this year’s Emerging Trends in Real Estate report. (Raleigh-Durham, N.C.; Orlando, Fla., and Charlotte, N.C., were next in line.)

The coming year will bring challenges as well as opportunities. Following the second-longest economic expansion in U.S. history, a recession is inevitable at some point, and many economists peg 2020 as the year of reckoning. The more immediate challenges for the CRE industry include rising interest rates, tariffs and trade policy, labor shortages in the construction industry, and rising construction costs.

On the whole, 2019 promises to be largely supportive of continued growth for the commercial real estate industry, and of continual strategic expansion for BBG.